Message from the President

When I speak to groups about Generations of Hope, I often refer to our work as “double social utility projects.” That means that in addition to the primary population receiving help, the population doing the helping also receives a tremendous benefit. Helping a vulnerable population turns out to give seniors a very positive stake in the community. As organizations embrace that philosophy, they’re growing more creative and ambitious about the social utility aspect of intergenerational communities. In Chicago, a group is planning a community to serve seniors, LGBTQ youth, as well as young people who’ve experienced trauma.

We currently have 32 in operation or in the implementation stage, including a handful that will soon be breaking ground. Look for this number to increase significantly after Dr. Eheart’s book comes out. One goal for 2020: improve start-up coaching so that projects can be completed more quickly (see more about this below). For a planner, this is the time of year when you can sit quietly and think about progress for the coming year. Take notes about what your team needs to learn as part of the project. The year ahead promises to be a big one for intentional communities.

Once again, Generations of Hope was a featured story at the Communal Studies Association meeting. Held at the DuPont Winterthur Estate in Delaware—picture a 175 room opulent mansion set on a beautiful landscape—the conference was mostly about intentional communities of the American past. Winterthur, with it fascinating museums and collections was the home to CSA experts on small intentional communities/utopias in the frontier history of America. The GOH presentation is always of interest since many of the features of the communities have legacy links to the past. In a 2013 book (and my favorite Christmas present this year!) CSA Member Tim Miller documented over 3,000 intentional communities.

You probably know of the Shakers, perhaps the Harmonist, or the Amana colonies, but there have been dozens upon dozens of communal villages in America’s history, some lasting over 50 years, others fading away rather quickly. That means that our new communities have plenty of historic examples, and a wealth of historic information regarding governance, physical design and community survival. Several of the CSA attendees who expressed interest of communities in their area of the country. They will be hooked up to the newsletter with appropriate connections made to the nearer sites. Next year’s conference is October 1-3 in Historic Ephrata Cloister (Lancaster County Pennsylvania), one of the earliest intentional communities. During this year I hope to work on comparisons of governance in selected communities, both past and present.

It Takes a Village 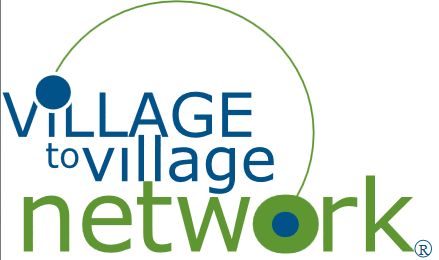 Chicago was the city venue for the 11 th annual Village to Village Network Conference. The Network is of interest as they are responding to multiple needs of seniors through a subscription-type service. There are 240 operating “villages” and 150 new villages in development, with many villages serving 40,000 seniors a year. Villages are not geographically defined and there is no construction of new housing or community centers. A village provides services and networking for local members based on the expressed needs of their local members, with an emphasis on safety and aging in place.

Seniors living in their own homes receive services that positively impact isolation, interdependence, health and purpose of their individual members to reduce overall cost of care. Perhaps uniquely, the local village network is operated by a subscription service. Depending on staffing and services subscriptions can range from $150 to $425. (Further details are available at www.vtvnetwork.org). My interest in this group was to understand the crossovers and to think about some Generations of Hope sites being a base for a Village, particularly in rural communities. I’ll be meeting with the Executive of the Network in the future to discuss the details as well as the positives and negatives that I saw at the conference.

Beginning in 2020 Generations of Hope is offering a new service: coaching for new communities. For many founders of new sites the idea of creating a new community can become a decade’s-worth of work, requiring involvement in a whole array of new professional activities. Learning the ropes, from creating a strong board to finding financial resources can be daunting.

I would like to explore the possibility of helping two or three sites expedite the development phases so communities can become working sites in three to four years. Experience really does help! In the coming months we’ll be releasing a “getting started” document that lays out two options for development. Once we’ve gotten feedback from the real experts—you—we’ll make the document available to the public.

Catching Up with Your Friends

Four Operating Communities are expanding . Bridge Meadows in Oregon, Treehouse Foundation in Massachusetts, New Life Village in Florida, and Bastion in New Orleans all have strategic and work plans and activities to expand their operations. When you succeed with the first project, another project or two is not going to be out of the question.

Treehouse Foundation The site in Easthampton is being used as the model for new sites in Framingham, MA and Santa Clara County in California.
Bridge Meadows With the success of Bridge Meadows, Beaverton Bridge Meadows and New Meadows, the team is busy working on a couple of new sites as well as consulting with Many Lights Foundation in Seattle. Bastion Community of Resilience
Bastion has completed its second phase and has been talking to Veterans Affairs about implementing a national program. A phase three at the current site is also under construction
New Life Village is working on a plan to take advantage of the total 11 acres on their site.
GenesisDC Mi Casa, Washington D.C.
Hope Meadows Rantoul, IL

Last month Senator Ron Wyden of Oregon introduced a bill to steer the Opportunity Zone Program in a new, cleaner direction. This proposed legislation was introduced just a day or so after the New York Times had a blistering editorial about the implementation of the current Opportunity Zone program was being implemented. To look backwards a little ways, in the Tax Reform package of the then new administration a variation of Low Income Housing Tax Credits (LIHTC) emerged called Opportunity Zones.

The basic idea was to create a program similar to the LIHTC but limited to sites within designated census tracts (low income tracts). Additionally regulations were minimized and investments could be for a multitude of activities in order to spur economic activity. Affordable housing has been created because of this new legislation, but there have also been some pretty outrageous efforts to skirt its original intention.

The import of Senator Wyden’s proposed legislation is the seeming likelihood that the Opportunity Zone Programs will last beyond the current administration. While the investor time is shorter (now ten years), unlike LIHTC there are no per state caps and the regulations are very workable. With a general acceptance of significant shortages in affordable housing, the need for a program like this will be with us for a while. Bottom line: if you have identified a census tract that is part of an Opportunity Zone and have a plan for using an investors money to help create a new community, we can help you have conversations financial planners and investors to begin to take the next steps.

New Directory in the Works

We’re in the process of putting together a directory of Generations of Hope resources that includes phone numbers, websites, etc. Our hope is that this will be a useful resource in your team’s implementation.

The Generations of Hope blog is a place on the website encouraging thoughts, expressions or questions. It is for the person interested in finding out more about starting a new community or in planning out the details of a new site. We will use the blog to provide tips, tails and targets.

Generations of Hope is here to provide information to site directors and their boards. In some case we will connect sites to share experiences so that projects will move along faster. Most of all we will try to have fun and make our tasks more lively and exciting.